The end-of-October post would have come out so late that I decided it would make more sense to publish it together with the November post. I could have skipped October but since it is my favorite month of the year, creativitywise, due to the Halloween season, I felt I still wanted to include it.

Also, I don’t really have much to show and tell for November anyway. As was to be expected, preparing my academic writing course that I’ve been teaching since the end of October has consumed basically all my free time both in October and November.

Originally, I had planned to prepare everything in September, but a couple unexpected obstacles in that month made that impossible. So I’m more or less stuck to preparing it on the go, leaving me very little time for my other projects. So most of the projects I started for Halloween unfortunately remained unfinished.

Well, there is always a new Halloween season in the following year.

Teaching this cousre is a lot of fun, so it’s fine that it is taking a little more time at the moment. I will be teaching two courses next semester, one of which will be the Academic Writing again, so the work is well worth it.

And once I get the hang of how much time we actually need for an activity in class it will be a lot less work. At the moment, I’m seriously overplanning to make sure I have enough material and then end up not using half of it.

I find time and time again that teaching can be a very creative activity too. Of course you’re preparing stuff to go through, but material can be created in a creative way so that it is both engaging and informative, and you can come up with creative activities to practice it.

There is always a part where you have to go with your intuition and adapt to the students’ needs. I know from experience that even if you use the exact same material with different groups, it can be a very, very different lesson. That is one aspect I totally love about teaching.

Focusing on my course so much unfortunately meant, though, that both Halloween and my blog have come short in these past two months and that I hardly finished anything:

For a Halloween bookbinding project, I made vintage-looking paper and bound it into a little booklet. Unfortunately, I didn’t get any further with it than that … 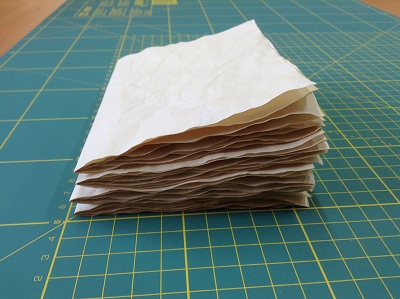 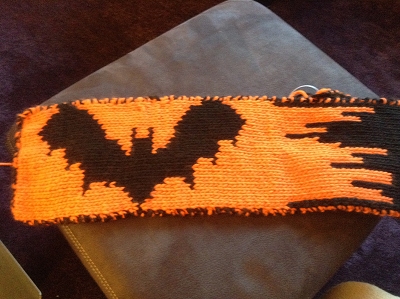 At least I got half a scarf done before I ran out of time. Hopefully, the rest will be finished by the next Halloween season.

The only thing not neglected was the Halloween food. I made a lot of cool stuff and tried a number of new recipes there.

I’m not completely satisfied with how the meringue ghosts turned out, they collapsed a little bit, but I think they still look cute. 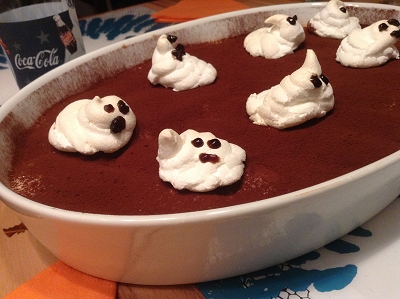 Also still in October, I made new booklets for my Blogger’s Travel Notebook because the old year was coming to an end. 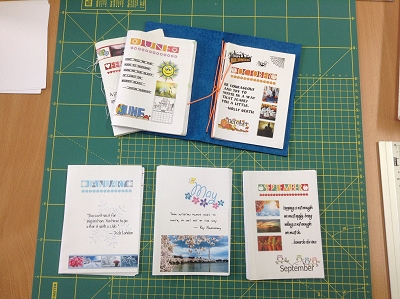 Since at the moment I’m also taking a lot of notes for my teaching, I’ve been thinking about including one booklet for teaching. That might be handy.

We already had the first snow this fall/winter, which is a good indication that Christmas is coming soon. Indeed, it’s not even a month to go now.

I’m really looking forward to decorating. It’s on the top of my to do list for this weekend. It’s about time too… I already have some ideas and brought a couple of things from a Christmas DIY fair that I went to a few weeks ago. And there is always the “old” stuff that I like to put up again every year. It’s a nice tradition.

The only thing I actually got to in November is Christmas presents. I usually like to have all the presents ready way before the great event (not necessarily wrapped, which I’m notorious at doing at the last minute ;-), but there). Last year was a bit chaotic, but this year I’m back on track and it’s looking really good.

Tell me what you think ... Cancel reply

A blog about the love for creativity and the daily struggle to integrate it into a busy life, mostly craft, recipes, education, and writing…